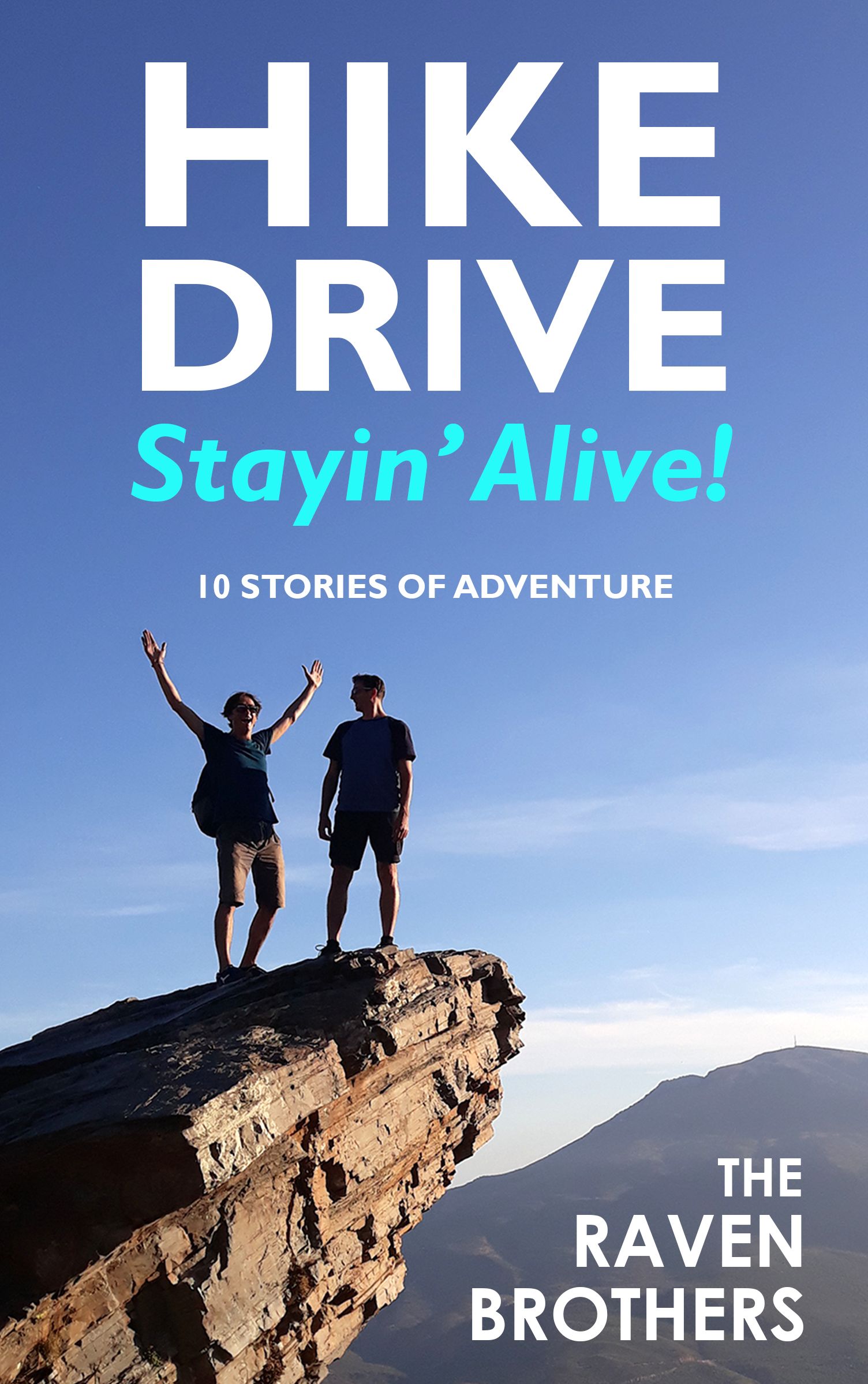 Hike, Drive, Stayin’ Alive! is the first book in a series of ten travel stories by The Raven Brothers.

After two decades pioneering new routes across the globe, you would expect the authors of Driving the Trans-Siberian to be hotshot explorers, with a sixth sense and an ability to survive in almost any situation. Think again! With virtually zero knowledge of the workings of the internal combustion engine and very limited skills of wilderness survival, Simon and Chris struggle into their hiking boots and power across three continents by river, tarmac and trail.

Venture to the top of Norway, cruise the road to Damascus, hike the Camino trail into Spain’s Wild West, row the Ganges, explore Frida Kahlo’s world in Mexico City, hangout with the dead in Sicily’s eerie catacombs, crawl deep inside Bolivia’s notorious silver mine, seek lions in Gujarat, wellness in Berlin and journey into the Naga Hills where tribal kings still rule.

Noted by Lonely Planet for their talent to portray an “accurate view of what to expect”, Hike, Drive, Stayin’ Alive! signals a return to the duo writing “buttock clenching” travel comedy with the first in a series of candid stories of adventure by The Raven Brothers. 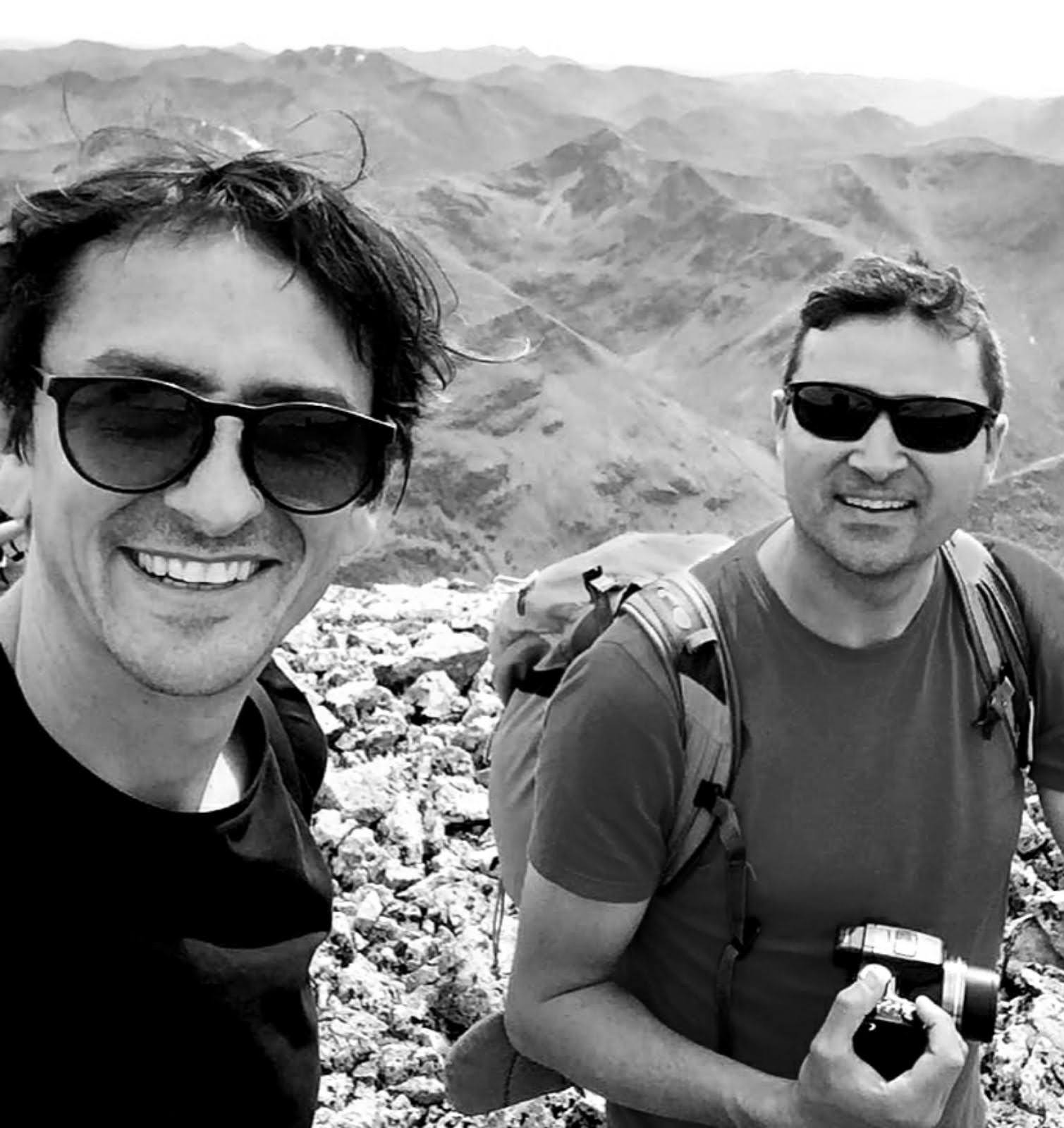 The Raven Brothers were born in the United Kingdom. The first published work by the authors, Living the Linger, tells the story of a journey of lost love and a search for the truth during a road trip through backcountry USA.

The Ultimate Road Trip Across Russia

Ever had the desire to jump in your car and keep driving? Well, that is precisely what The Raven Brothers decided to do whilst stacking boxes of frozen oven chips in a -30 degrees freezer. With a squeaky foot pump and an SAS survival guide, the travel writing duo fired up their rusty Ford Sierra and headed east.
> On Amazon
With virtually zero knowledge of the internal combustion engine, Simon and Chris skip over ten time zones in the beat up petrol engine saloon they used for work. Driving through endless rivers and canyons in a bid to cross the notorious Zilov Gap in darkest Siberia, the trusty duo capture the true spirit of overland travel during a life-altering journey into one of the world’s last frontiers.
view more 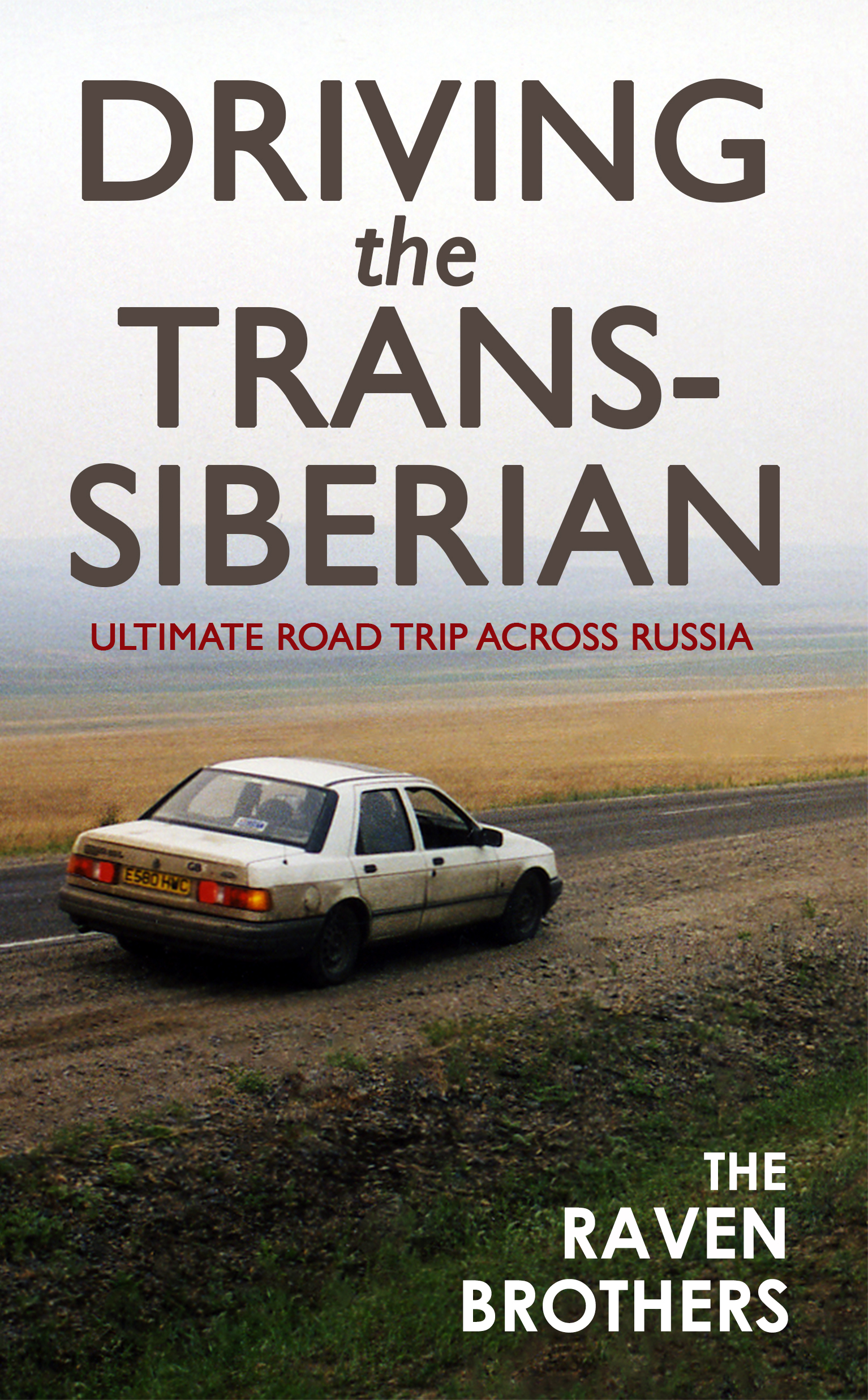 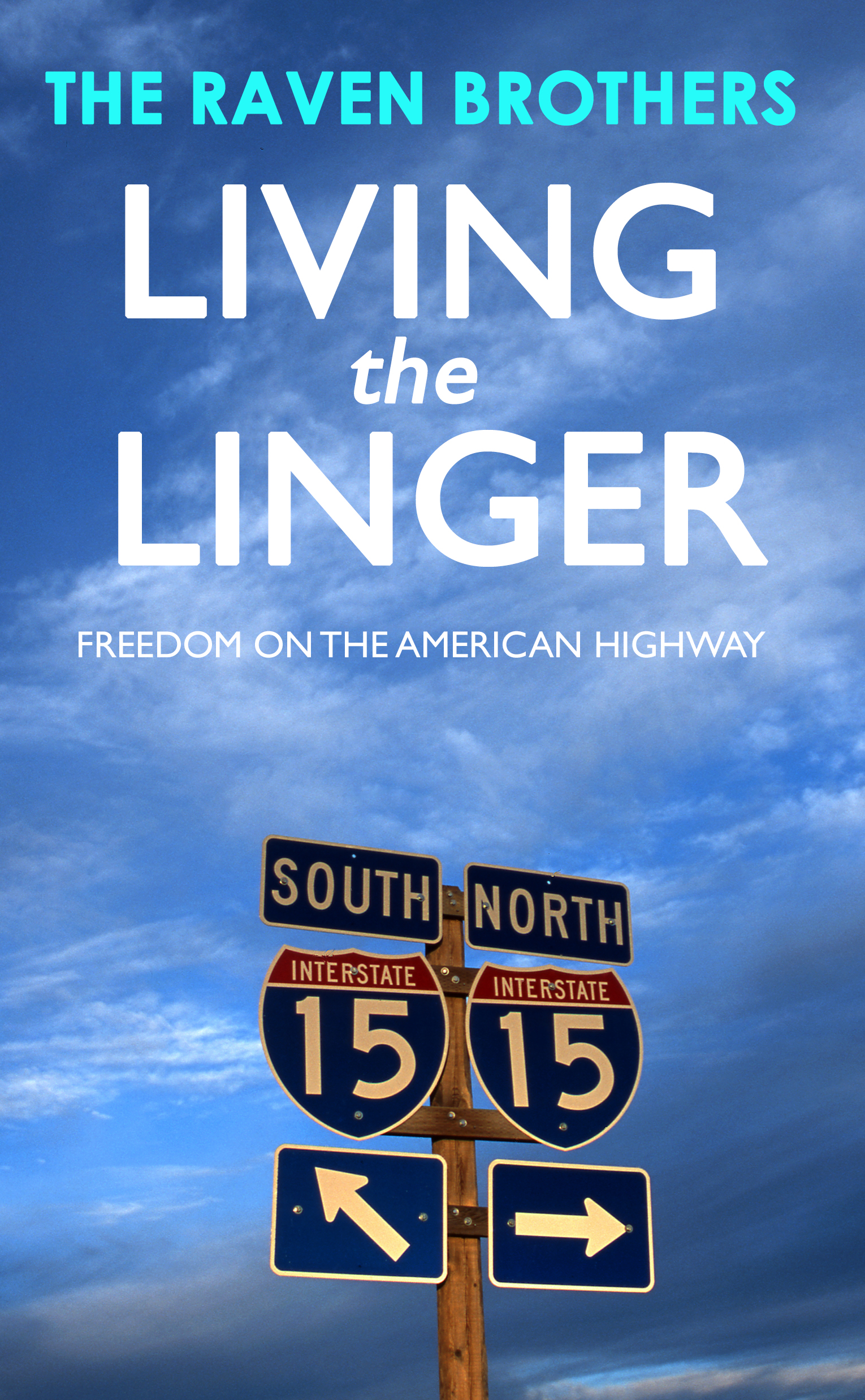 Disillusioned with life in the big city, The Raven Brothers embark on a road trip from Seattle to Los Angeles through backcountry USA.
> On Amazon
The sudden break-up with Emily Willow finds Simon Raven, ex-amateur rock god and bored online producer, on a Boeing bound for Seattle. Led by his twin brother, Chris, who is more than happy to exchange a career in fashion photography for the open road, they embark on a buttock-clenching journey of paranoia and self-doubt, as they traverse Interstate 15 across backcountry America.
view more

The Raven Brothers put their dream plans into action and traverse the Trans-oceanic highway from the Pacific to the Atlantic Coast of South America.
> On Amazon
Pioneering a new frontier over the Andes and through the heart of the Peruvian Amazon, the bizarre and the beautiful cross their dusty path as they seek inspiration for a new book and go in search of the ultimate carnival. Not always getting it right, Simon and Chris lose themselves in the mysterious world of the Inca Empire, swim with caiman in the Madre de Dios, experience panic in the Pantanal, The Rolling Stones in Rio and conclude their journey in Olinda at the carnival of the soul.
view more 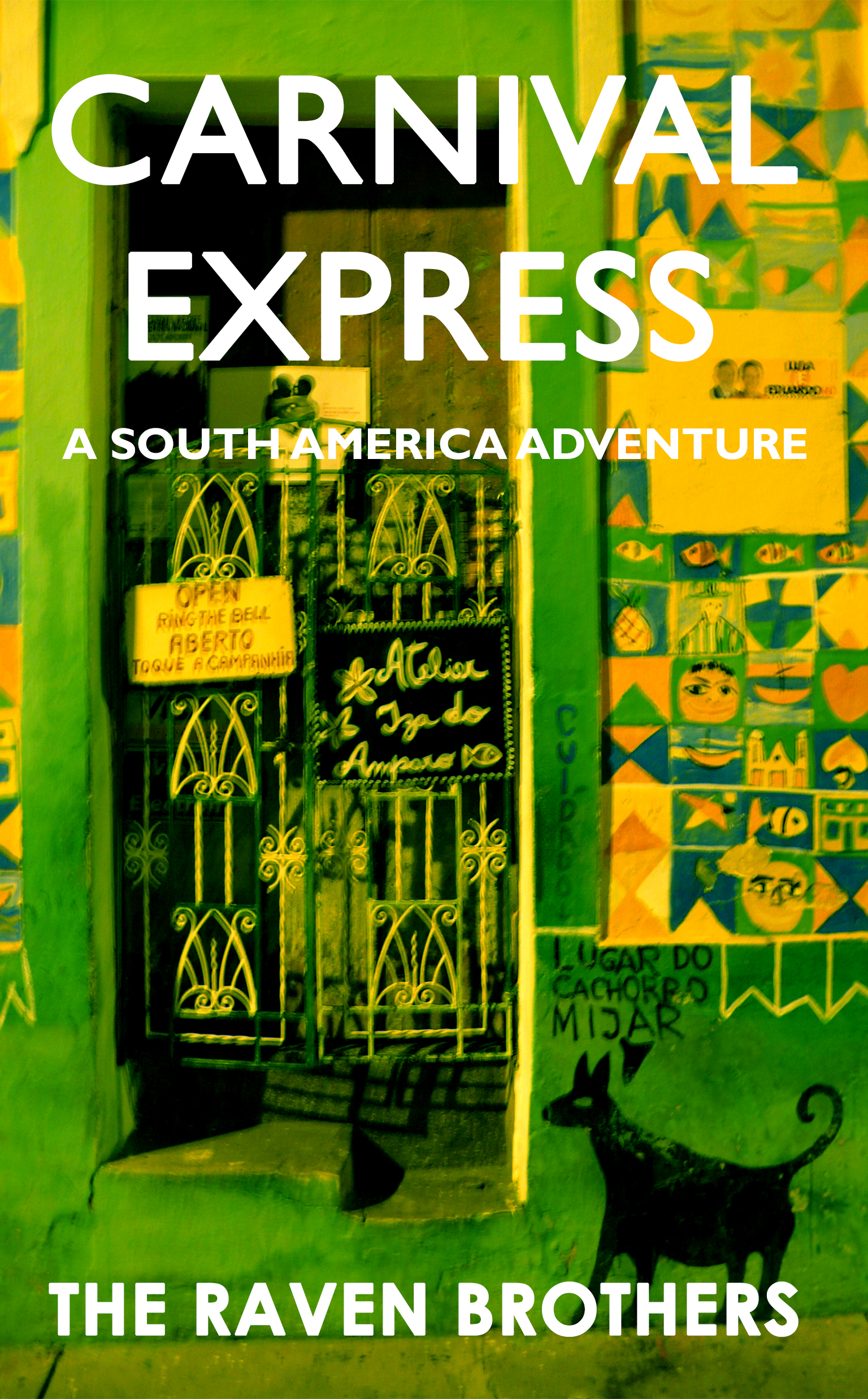 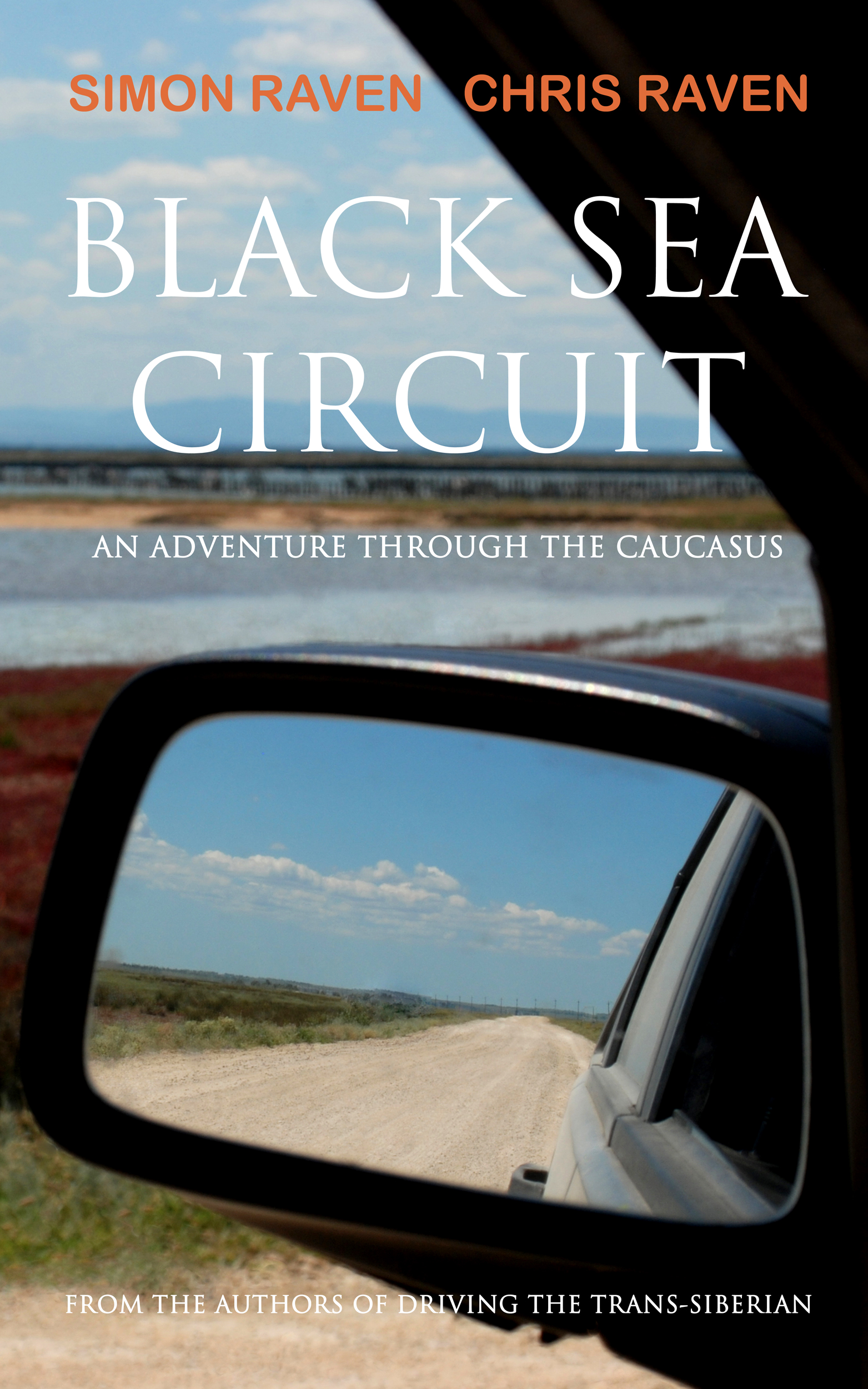 The legends of Jason and the Argonauts, Noah’s Ark and a tribe of fierce female warriors known as the Amazons all originate from the Black Sea.

Gripped by curiosity, The Raven Brothers fire up their twenty year old Volvo that looks, “as rustic and weather-beaten as a Cold War tank” and embark on a quest to drive full circle around this ancient body of water at the birthplace of civilization.

In the shadow of rising tension in Ukraine, the brothers get up close and personal with the fascinating people who inhabit the six nations that surround these colourful shores. Living on the road like the nomadic horse bowmen who once ruled the steppe grasslands, they explore Crimea, the Caucasus region of southern Russia’s “Wild West”, the Georgian kingdom of Colchis, Turkey’s Pontic coast, the megacity of Istanbul and complete their journey in Romania at the outfall of the mighty River Danube

A career in overland adventure travel was launched when Simon and Chris coaxed a rusty Ford Sierra across Siberia from the UK to Vladivostok. Priding themselves in going it alone, the brothers have been noted by Lonely Planet for their talent to portray an “accurate view of what to expect”.